Here are the “thank you” cards I made this year to use after Christmas. When I am making cards and I have an idea I am working on there are times when that idea changes into something else during the process. In this case the card turned out the same, I just ended up changing the message.

When I started making these cards they were for Christmas, but then I realized I still had boxes of other cards I had bought a few years back after Christmas when they were super inexpensive. I am trying to use things up, so I decided to use the boxed cards this year instead. I was amazed to hear the uproar from a few pilot friends when they received a boxed card instead of the norm of an aviation card or handmade. It was funny really.

My husband and I have a deal with Christmas cards. Every other year we send an aviation related card either supporting the Association of Naval Aviation (ANA) or the Air Force Association (AFA). Then the other years I get to choose: either to make cards or buy another type of card. 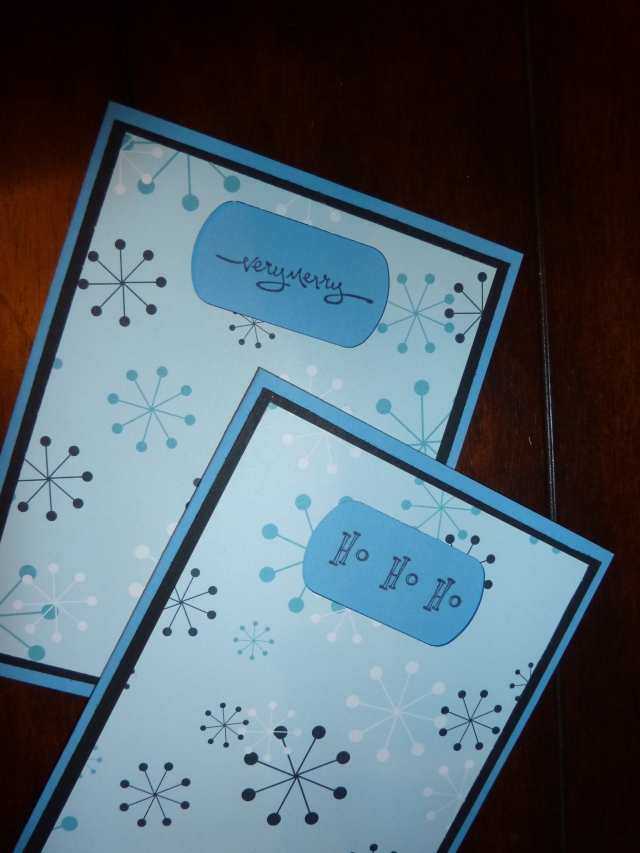 These may still turn up as our Christmas card one year, but for now they worked well for my thank you notes.

This entry was posted in Cards, Homemade Holiday and tagged making thank you cards, stamping. Bookmark the permalink.

9 Responses to Thank You cards