There is never enough time…

I really prefer to be ahead of the posting game on this blog where I have at least a few posts written and ready to go. But the past few weeks I seem to be running behind and always chasing my self-imposed “deadlines!”

So, nothing formal today, just a few photos of what has been going on this week with hopes of expanding on them at a later date.

I helped my neighbor harvest some of his potatoes earlier this week. They were incredible beautiful. I brought a few home and had them for dinner with a version of my SOS (more on that in a later post I hope!)

Harvesting potatoes at the neighbors

There has been an unnatural amount of the malta star-thistle in our yard this spring. A few years ago they were all over the front yard and I dug most of them out. I have never had them in the back yard until this year and they are everywhere. EVERYWHERE! They are driving me crazy! Hope to post more on this too!

The waterlilies have been blooming. They are so beautiful. Had 5 in a row. Now they are taking a bit of a break.

I just had to pick the peaches. I went out there on Sunday and another one was missing. I only started with 6 and was now down to 4. So, I picked them. We just ate two of them last night. They were W O N D E R F U L! 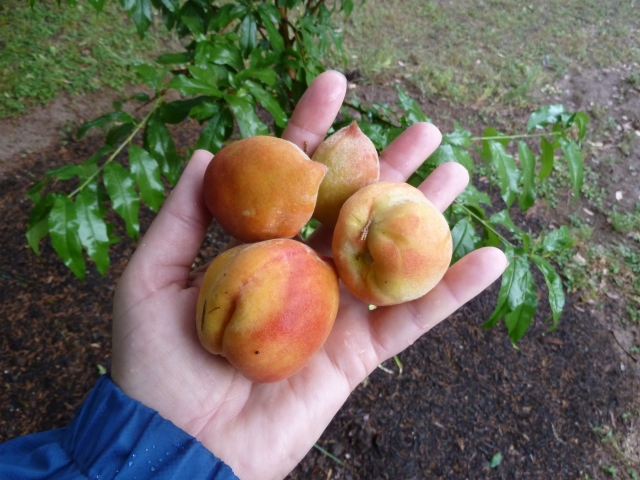 Warning: Possible “Yucky”  or “Gross” photo for some of you is next. Just a few soldier fly larvae hanging out in the hand holds of our compost tumbler. They are aquatic or slightly aquatic. From what I have found, these flies are the good guys, although I need to look into it a bit more. 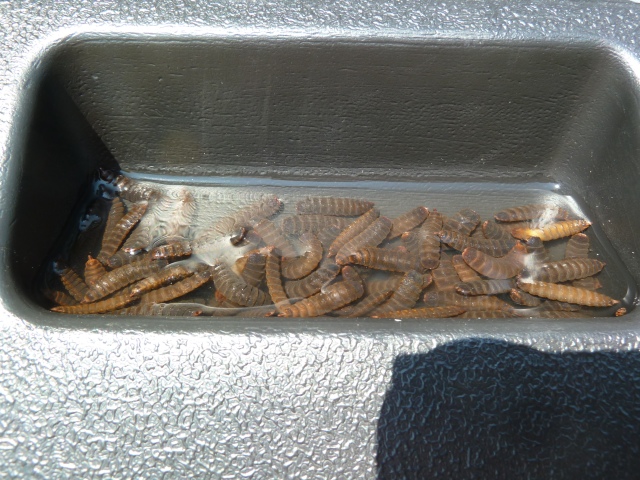 4 Responses to There is never enough time…